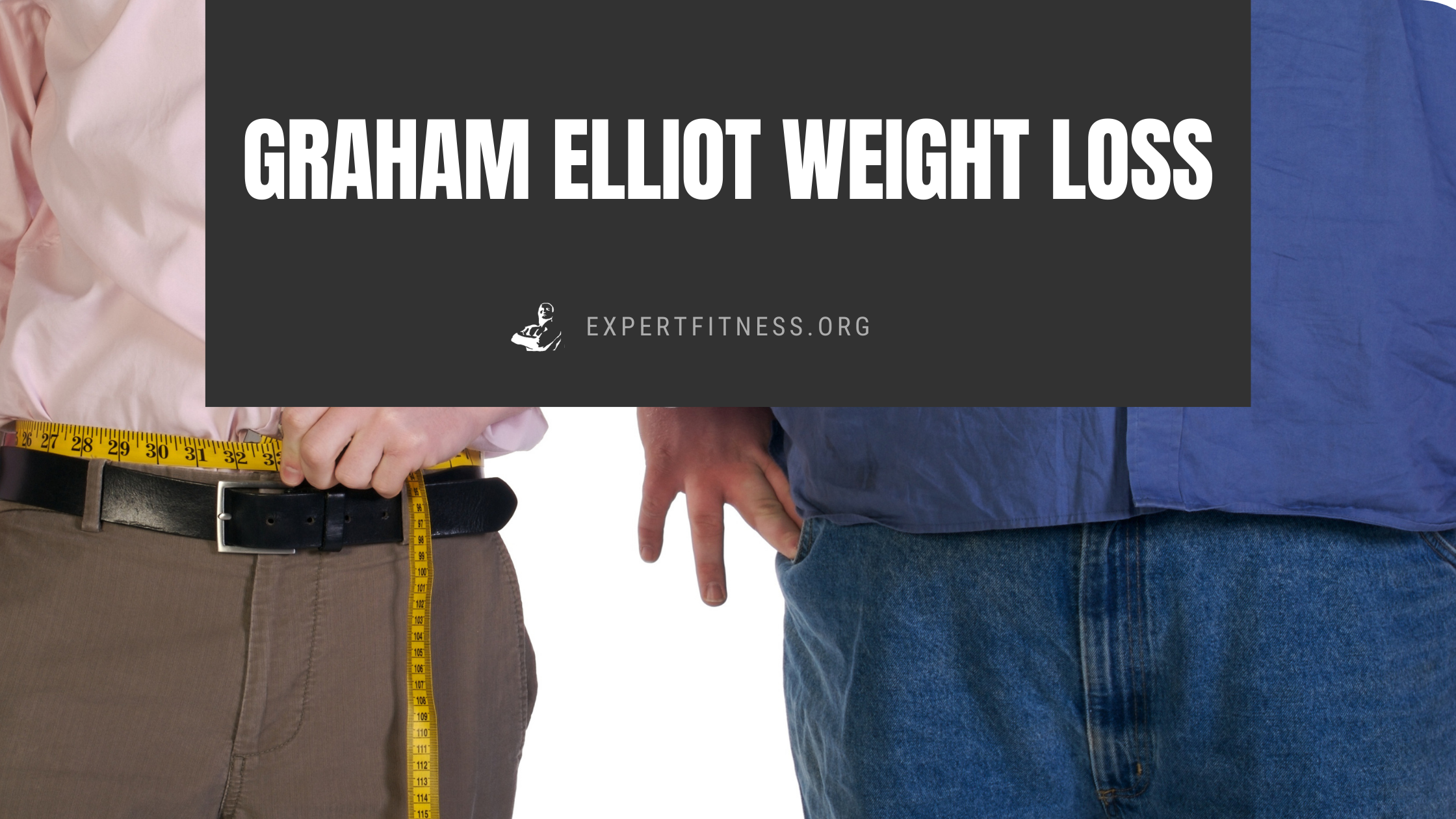 If you watch Fox’s famous competitive-cooking show, “Master Chef” then you already know Graham Elliot, who is one of the show’s judges alongside Gordon Ramsay. Apart from being a judge on Master Chef, he is also an iron chef and has his own eponymous french restaurant. However, he was recently reported as missing, but in reality, he just underwent weight loss surgery.

Graham Elliot firmly believed that “no one trusts a skinny chef” and people like him pursue the culinary arts because they are passionate about food. However, in 2013, no one would label him as “skinny” anymore since he weighed 400 pounds. As a result, he decided to undergo weight loss surgery.

If you’re interested to know more about the Graham Elliot Weight Loss journey, keep reading to find out!

Getting to Know Graham Elliot

Graham Elliot Bowles, more known as Graham Elliot, is one of the top chef masters in the US.  The American chef inherited his bodyweight problem from his family history of strokes and heart attacks. However, his health problems piled after gaining excess weight. He shared his story with the Chicago Medical Center in 2014.

Elliot shared that he was suffering from gout, sleep apnea, hypertension, constant aches, and pains. He also said that he was physically unable to do the responsibilities as a husband and parent. His health issues made him turn his whole life around, heading him for disaster, bad decisions, and drastic measures.

As a father to three young sons, the most frustrating part of being overweight was his difficulty running and playing sports with them. However, Graham finally decided to make a change and make his boys proud. He tried imaginative diets, worked with a dozen personal trainers, and joined many gym memberships.

At the age of 37, Graham Elliot thought about undergoing weight loss surgery but with second doubts on his mind. So he consulted his friend and fellow chef, Grant Achatz, who worked at the University of Chicago Medicine.

During his initial appointment, Graham Elliot spoke to Vivek Prachand, MD, who specializes in minimally invasive abdominal surgery. Elliot said that he and Prachand immediately connected. As a celebrity chef on a cooking competition show, Dr. Parchand understood Elliot’s situation since he was also a food connoisseur himself.

On July 16, 2013, Graham Elliot underwent obesity surgery after going under an extensive multidisciplinary evaluation, followed by a string of counseling and discussions. Fortunately, the surgery was a success.

Before undergoing surgery, Elliot could barely run. He also struggled to tie his shoes, get in or out of a car, or play with his kids. However, four months after his operation, he finally finished the Ditka Dash, a five-kilometer race.

In less than 35 minutes, he covered the 3.1-mile course and averaged 11 minutes per mile while wearing a fake Mike Ditka mustache. Elliot ran the first 5K with his cheerleader and nurse, Allie, beside him.

One month after the surgery, Elliot no longer used a machine to keep his airway open whenever he sleeps. Six months later, he weighed from 396 to less than 250 pounds. Aside from losing more weight, his cholesterol levels improved, and his blood pressure became normal.

Prachand also said that Elliot did his research and knew all of his choices to lose weight. He also has support from his family, allowing him to be more absolutely committed and motivated to undergo surgery and make necessary changes in his lifestyle.

The University of Chicago team has significant experience with various surgical options for obese patients. According to Parchand, he has performed more than 1000 minimally invasive surgery or weight loss operations. Each case he handled is also different.

Elliot saw himself as a qualified candidate for a duodenal switch (DS) when he first came to the clinic. This procedure combines gastric sleeve surgery with a realignment of that digestive tract. This procedure helps patients reduce their food intake and lower their calorie absorption.

Since Graham has a body mass index of 50, the duodenal switch is the best option to resolve his severe obesity. However, Prachand also said that it’s also essential to carefully consider Elliot’s circumstances since they are related to his career.

With the help of this procedure, patients will lose their ability to process and absorb dietary fats. It’s also vital for Elliot when resisting fatty foods, even small portions of it, since it’ll initiate bloating, cramps, and other intestinal distress.

Prachand said that the surgery might impede his role as a chef and a judge on the famous cooking competition show.

The sleeve gastrectomy is a less extensive surgery, suggested by Prachand. A gastric sleeve makes the stomach about 80 percent smaller, which is the size and shape of a small banana. The operation is also a component of the DS. However, it doesn’t intrude on its digestion or nutrient uptake.

Prachand said that it was a reasonable way to start. However, they could also follow the operation with the rest of the DS later on in case it wasn’t enough.

Luckily, Elliot is an optimal patient and the operation was a success. As soon as Elliot recovered, he became an inspiration for those who want to lose weight and start a healthier lifestyle.

Prachand also said that patients find it easier to make long-term lifestyle changes once they undergo surgery. Soon, Graham Eliot began working out at least every other day, including running.

For Prachand, the secret is to make exercise and movement become an enjoyable and intrinsic part of our daily lives instead of viewing it as a chore.

After undergoing surgery, the US chef also began changing his eating habits by quitting foods with unhealthy ingredients such as burgers. Instead, He also shares that he now looks at food as fuel and focuses on his protein intake, by eating foods rich in lean protein like salmon and chicken with vegetable salad and dressing on the side.

Now, he prefers food that is “natural and delicious, minimally fussed with, that combines the season.” Not to mention, he also combines it with portion control or eating only multiple small tastings.

Graham Eliot admits that he misses ice cream and sugary fizzy drinks. However, his desserts now include fruit and cottage cheese, or apple slices dipped in peanut butter. In his dressing room, Graham’s refrigerator is full of almonds and dried fruit, granola, and other fat-free products.

Since then, Graham’s body mass index or BMI has dropped from 50 down to the 27 to 29 range. According to Prachand, he wants his patients to lose fat and preserve muscle, bone, and other lean muscle mass. “It’s also what your body is capable of at the new height,” he explained.

Graham Elliot’s weight loss has made rounds in Hollywood after he went missing in action. The iron chef went on an amazing transformation when he lost weight in 2013 by undergoing sleeve gastrectomy surgery.

Graham needed to make a change in his life, so he reached out to different fitness trainers, practiced various diets, and enrolled in different gyms. However, it was Dr. Parchand who helped the Masterchef judge achieve his fitness goals and prevent him from suffering from various lifestyle-related diseases.