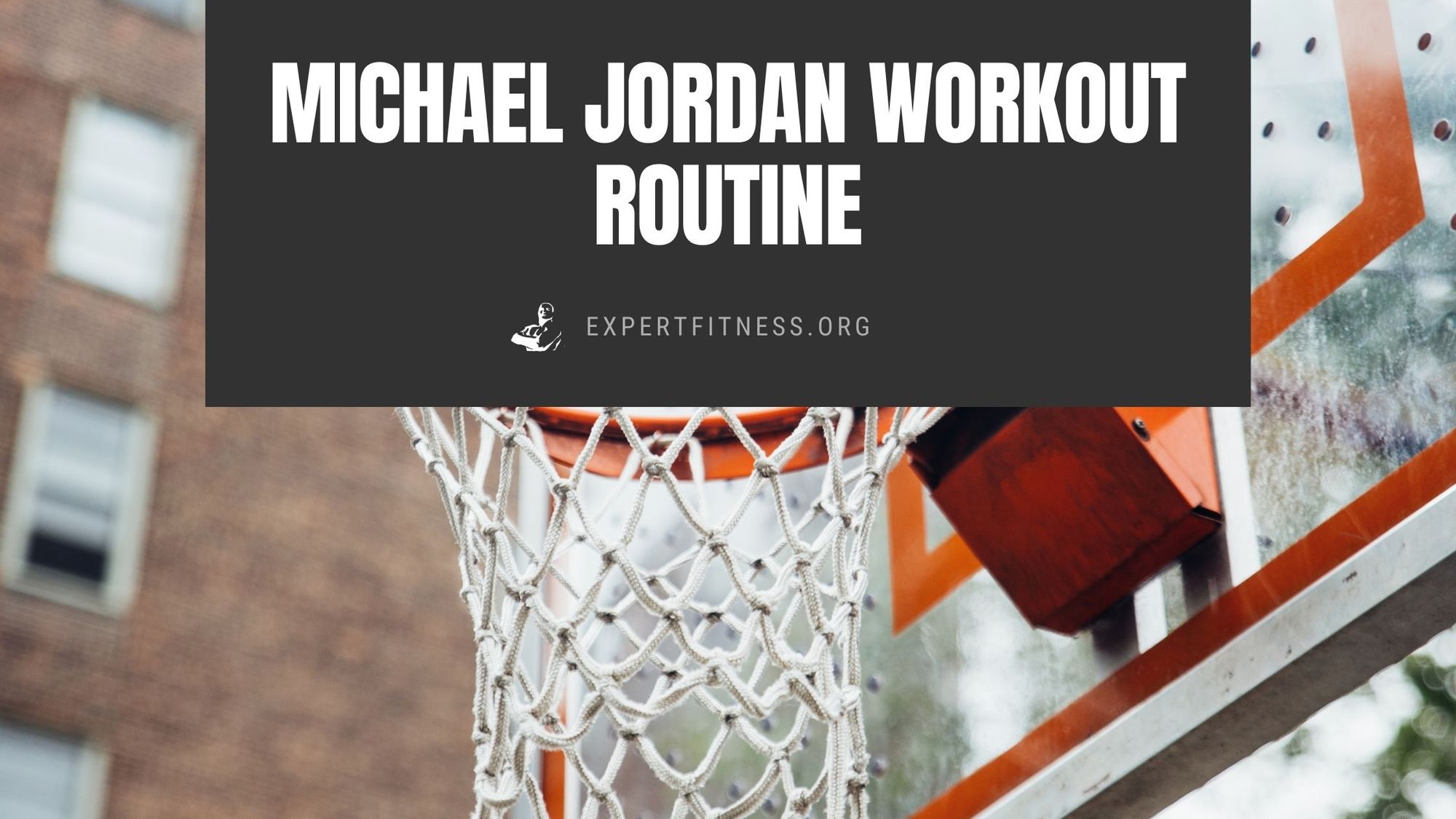 In the history of basketball, Michael Jordan is without a doubt considered to be the greatest basketball player of all time. He is a legendary icon who is known all around the world.

It was during the 1980s and 1990s that he pushed his passion to a whole new level. He won 6 NBA championships with the Bulls, earned a plethora of awards and accolades, So how did he do it?

Well, one thing is for sure, he made fitness an integral part of his career. A tailored workout training program and numerous strength training exercises have helped him with the guidance of his personal trainer, Tim Grover.

Jordan also created The Breakfast Club, which is morning training sessions together with some of his fellow teammates wherein they would gather between 5 am and 7 am to work out at his Highland Park, Illinois mansion before practice.

In this article, let’s take a closer look at Michael Jordan Workout Routine as well as his diet that amp up his game even further!

Getting to know Michael Jordan

Michael Jeffrey Jordan, also known by his initials MJ, was born on February 17, 1963. He is probably one of the most recognizable names in NBA history.

You can see the name Jordan everywhere, on TV, apparel, shoes, etc. Michael Jordan amassed his billions starting from his professional career as a basketball player. When he was given the Air Jordan moniker, he was a shooting guard for the Chicago Bulls.

Here is a summary of some of his career highlights and awards :

On a youtube video posted on the NBA channel, here is the best of Michael Jordan’s playoff games through the years.

Michael Jordan has been retired from basketball for some time, yet to date, he still possesses an incredible athletic build that is difficult to achieve.

Jordan was well above average than everyone else in the league in terms of scoring, but it was no easy task as he was also getting pummeled in the paint by considerably bigger opponents. The Detroit Pistons and Boston Celtics, the Bulls’ arch-rivals.

Because of this, addressing Jordan’s core body strength, which includes not only abdominal muscles but also obliques and back muscles, was the first thing Tim Grover worked on.

Core workouts provide a significant amount of power for a wide range of sports movements. As a result, having a strong core is important for general strength and agility, as well as avoiding injury. The core is used in every action on the basketball floor, including rebounding and dribbling. He performs common core strength exercises two or three times per week. This includes:

Michael Jordan was hesitant at first mainly because he was thinking that it might impact the way he shoots the ball and might cost him a game or worse, a season.

Nevertheless, understanding the importance of balanced training, he began experimenting on weight training, and several years after, Jordan has benefited much from it.

Jordan would do a lot of reps – usually 10-15 – for three sets per workout consisting of deadlifts, bench presses, shoulder presses, to name a few.

Military press, side lateral raises, front rows, shrugs, and delt flys are among the exercises he performs on his shoulder day. He performs three sets of 10 to 15 reps in this as well.

Michael Jordan warms up with squats before moving on to weighted back squats, leg extensions, leg press, deadlifts, and calf lifts. Three sets of 12–15 reps are recommended.

For stronger arms, he begins with dumbbell curls, barbell curls, pulley curls, and cross hammer curls for both his biceps and triceps. He then moves on to the triceps, performing skull crusher, dips, tricep pushdowns, reverse tricep pushdowns, and dips. 3 sets of 10 to 15 reps are performed once more.

Michael Jordan also performed agility exercises, which consist of circuit workouts which include agility ladder, steps, running, dribbling, shooting, and ball handling. He usually does his agility training for 1 hour.

After his morning workout, Jordan followed the traditional adage that “breakfast is the most essential meal of the day,” eating a healthy mix of protein and carbohydrates. Here is what his typical meal in a day looks like:

Michael Jordan normally eats a substantial breakfast, not too much nor too little. It consists of:

When MJ feels like taking some snacks in the morning, he usually makes a shake of

He prefers vitamin-rich, protein-rich, carbohydrate-rich, and nutrient-dense foods for lunch.

During practice days, he drinks a fitness smoothie. Jordan would eat a pre-game dinner of chicken breast or lean steak with spaghetti or baked potatoes and steamed fresh vegetables on game days.

Michael Jordan typically orders whatever he craves for dinner, whether it’s:

Take your fitness to the next level with this one-of-a-kind fitness program that was used by the phenomenal NBA superstar Michael Jordan as he built his championship body.

Michael Jordan just proves that discipline and commitment are the keys to bringing out the best of what you can do, your hard work and perseverance will eventually lead you to success.