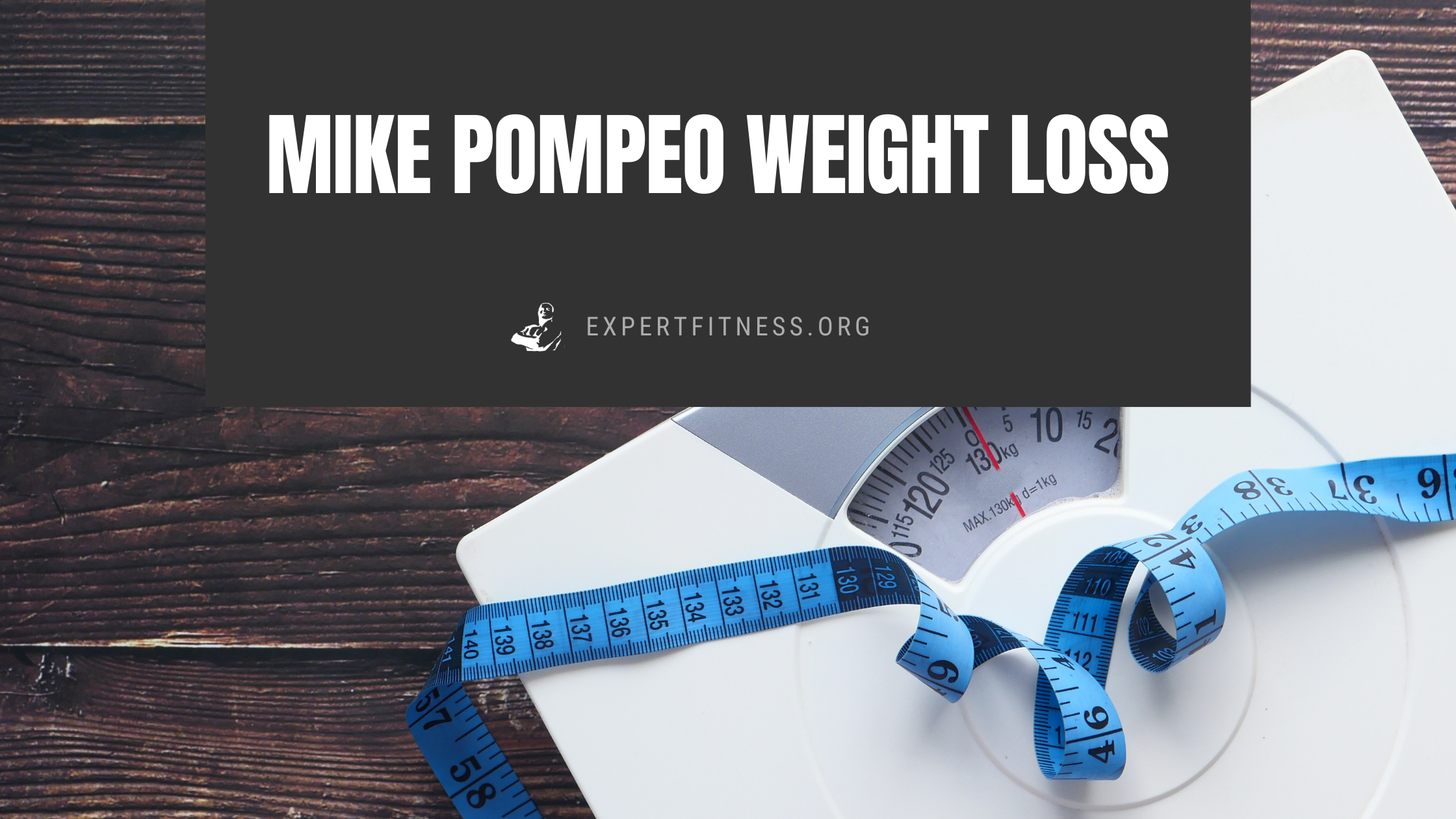 The best weight loss is gradual and steady, which is about 1 to 2 pounds per week. That way, your body can stick with the changes over time.

But here’s one man who lost a whopping 90 pounds in just six months! He does so by simply hitting his humble home gym for half an hour five to six times a week and by eating better.

As a certified personal trainer myself, I know this isn’t just an ordinary achievement, especially for a limited amount of time and for his age.

And the man of the hour is Mike Pompeo, an American politician, and businessman who became one of Donald Trump’s favorite cabinet members.

So, if you’re interested to know more about Mike Pompeo’s weight loss, keep on reading as we provide you with his motivation, workout, and diet plan. Let’s get started!

Mike Pompeo believes that he started gaining weight after he was elected to Congress in 2010. But it was on June 14, 2021, when his weight loss journey started. It was a time when he stepped onto a weighing scale and saw that he weighed almost 300 pounds for the first time in his life. “Today is the day,” Pompeo recalled telling his wife, Susan.

Since then, he started working out nearly every day and eating right. “The weight just started to come off,” he said in an interview with the Post. He built a home gym in his basement with some dumbbells and an elliptical machine. He exercised in his home gym five or six times a week, without the help of a trainer or a dietician. “It was just me,” he said.

Of course, with just that workout schedule, a form of exercise, and certain lifestyle changes, it was difficult for other people to believe that one could shed 90 pounds in six weeks. Some even believe that a person has to be on a massive starvation diet to achieve that, or not take carbs at all.

“The numbers just don’t add up,” Kansas City’s top personal trainer LaCerte even commented. Still, Trump’s secretary of state claims that he was able to do it with self-guided workouts and making healthy food choices.

Another fitness veteran named Bryan also thinks it’s not possible to lose as much weight by only working out for 30 minutes a day. “I would love to know the totality of what [he] did,” the trainer went on.

So, what’s his secret to a successful weight loss?

Pompeo said it’s all about getting it right and being sufficiently disciplined. While losing weight has been his lifetime struggle, noting that he gained about 100 pounds in nearly 11 years, he emphasized the importance of having the right mindset and being disciplined during his weight loss journey.

And to anyone questioning his self-discipline, here’s the catch: the man himself was first in his class from West Point in 1986. He served as a cavalry officer before the fall of the Berlin Wall, according to the office of the historian of the State Department. Afterward, he attended Harvard Law School and graduated there in 1994.

Pompeo describes his journey as something not easy and he’s not even sure if the weight loss is going to be permanent.

Pompeo moreover shared how the majority of people don’t want to admit that they’ve gained weight or are already overweight despite the evidence already pointing otherwise. Regardless of the reason why your scale went up, adjusting to a new body won’t be easy.

“There are no guarantees that I’ll still be at whatever I weigh now,” he said. Still, he’s optimistic that if he keeps at it and once he realizes that good things can happen, then he can do it well in the future too.

He just expressed how nice it feels now to have more energy, how his clothes fit better, and how he wants to be there for his family and hopefully, his grandchildren.

Family or social support can help you lose weight

The former Secretary of State believes that making your family or friends part of your cheerleading squad can help you lose weight too! “The biggest benefit I had in this journey was an enormously supportive wife and family,” he added.

He said that everybody just supported his effort to get healthy. It was his real focus during the last six months. He shared that his son is getting married in July and he wanted to be around for what he hopes is the time when the Lord will bless him and his wife with grandkids. “I want to be healthier,” he said.

Because Pompeo’s family is Italian, they love to get together around a good meal of bread, cheeses, pasta, and dessert. But during his weight loss journey, he became the guy who says, “Yeah, I’ll have a salad.” He spent the next months making healthier food choices and calls it a “virtuous cycle.” And his efforts are rewarded as he was able to lose the high side of 90 pounds.

As part of their tradition, their family still visits the IHOP pancake house but he made changes in his lifestyle. Now, they order whites and turkey bacon.

If it’s true that Mike Pompeo transformed his body through a dedication to fitness and healthy eating in half a year, I hope you’ll take it as an inspiration for your weight loss journey.

So, go ahead and do yourself the biggest favor in your life! Don’t be afraid to find a weight loss plan that you can stick to. Not something that’s so strict it’s hard to follow in the long term.