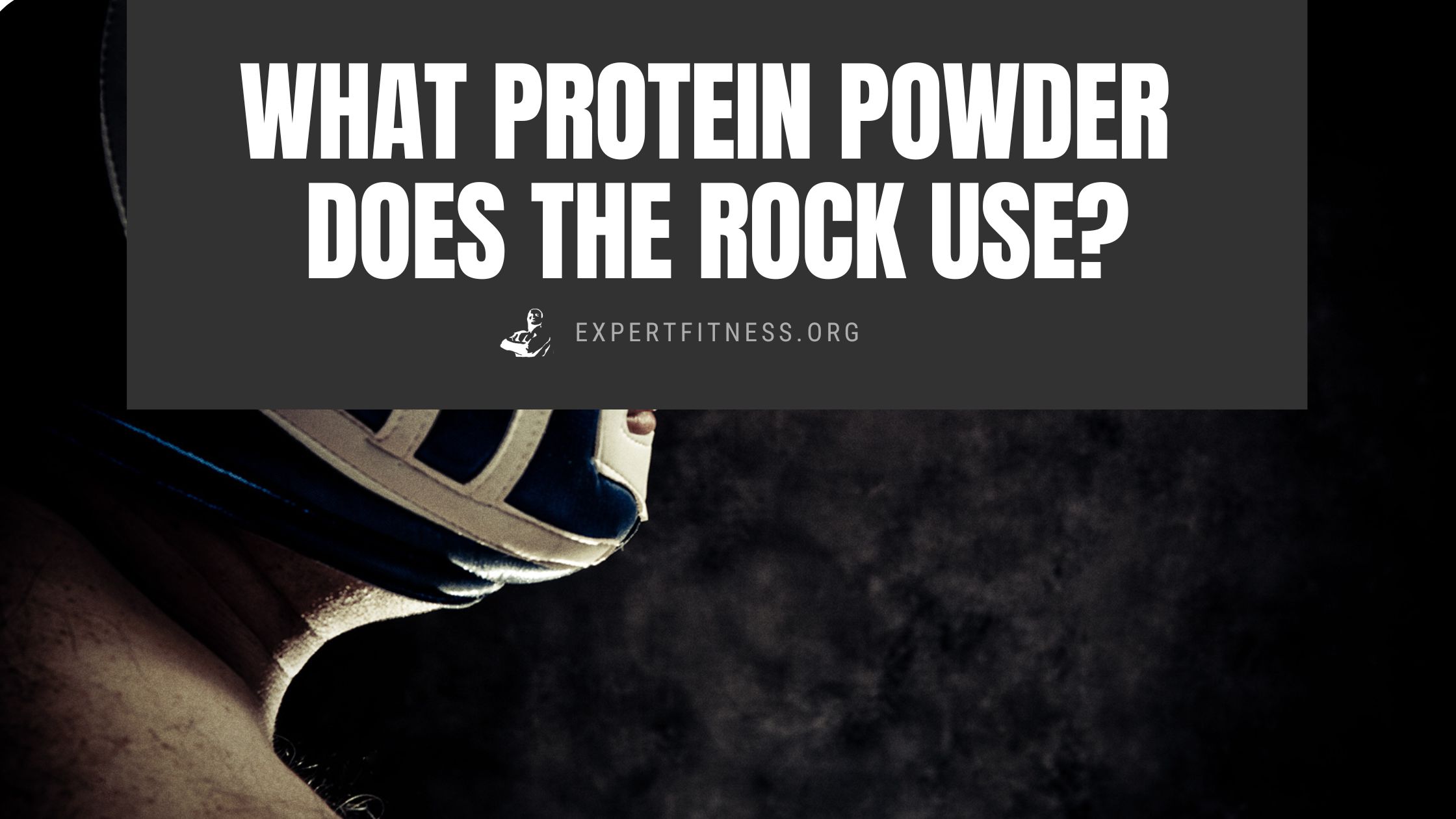 Dwayne Johnson has a truly impressive figure. His physique has even gotten better with age. When he played the title character in Black Adam, he appeared exceedingly jacked – perfect for the role.

Indeed, he is someone who inspires people of all fitness levels, ages, and genders around the world never to stop pursuing their health goals and to get moving. Therefore, it’s worth knowing what supplements the A-list movie star takes and how he trains to build that rock physique.

In this article, we will answer those questions. But before we learn what protein powder and supplements The Rock use, let’s first know more about the man himself.

Who Is Dwayne Johnson?

Dwayne “The Rock” Johnson is a professional wrestler turned Hollywood star. He was born in California in half Samoan and half Black Nova Scotian.

As the son of Rocky Johnson and grandson of professional wrestler Peter Fanene Maivia, the young Johnson grew up watching his dad perform in the ring. Initially, he had no plans to follow in his father and grandfather’s footsteps, so he played college football instead.

He was promising in the sport also because of his athleticism and size until being slowed by injuries.

Later on, Dwayne Johnson later turned to wrestling. He debuted in the WWE against Steve Lombardi (aka the Brooklyn Brawler). After a few more matches, the WWE signed him and a year later, he was called “The Rock.” He went on to win a total of 17 WWE titles in his acclaimed wrestling career.

The Rock also had a successful acting career, dropping his stage name and simply preferring being called Dwayne Johnson. He had his first acting roles in Beyond the Mat and The Mummy Returns.

In 2015, The Rock dominated the big screen in Furious Seven and San Andreas. In 2019, he married his longtime girlfriend, music producer/singer Lauren Hashian. The two are now parents to two daughters. Johnson also has a daughter from his first marriage.

So, What Protein Powder Does The Rock Use?

The former WWE star likes Optimum Nutrition products. In an interview, he said he takes 60 grams of Optimum Nutrition Platinum HydroWhey after a workout. This supplement contains 15 grams of glutamine and is 100% hydrolyzed whey protein isolate powder.

Johnson has shared multiple times through social media that he takes the Platinum Hydro Whey Powder from the same brand. Such a product is one of the best-preferred protein powders on the market.

The brand came up with the HydroWhey name because the whey protein isolates are hydrolyzed. This means that it breaks down larger proteins into smaller pieces and allows them to be absorbed quickly in the system.

The best time to take such a protein supplement as Dwayne Johnson is after workouts or if you need enough protein intake.

In the morning, The Rock drinks Optimum’s Amino Energy for an energy boost as he does his cardio exercises.

This nutritional supplement is a mix of amino acids that support muscle recovery before, during, and after a workout. And because it contains a micronized free-form of amino acids, it absorbs faster in the body.

In addition, it contains 100 milligrams of caffeine from green coffee extracts and green tea. Such an ingredient boosts one’s energy to help the actor get through a grueling workout. Optimum Nutrition claims its product is a quality powder that instantly mixes using a glass, spoon, or shaker.

The Rock consumes protein shake even if he’s not building muscle mass for a role. He doesn’t specifically say what brand, but it’s more likely the Optimum Nutrition Platinum HydroWhey because he’s a brand fan.

Johnson said it maximizes muscle growth and recovery for his role in Black Adam. His recipe includes one whole apple, creatine, water, one scoop of electrolytes, 35 grams carbohydrate powder, 65 to 70 grams protein powder, and ice. “Boring, but it gets the job done,” Johnson said on Instagram.

If you’re wondering about the exact supplements The Rock takes to maintain his incredible physique, here’s a list. All these are based on some of his interviews in the past and what he posted on social media.

Johnson takes glucosamine and chondroitin for better joint health, especially since he’s lifting weights and he’s already 50.  He said that we start feeling pains and aches once we get into our 40s.

Therefore, a special conditioning coach is helping him work on meal timing, nutrition, supplements, and workouts. However, he doesn’t specifically share the brand of glucosamine and chondroitin he takes.

When The Rock was shooting Hercules in 2013, he shared a photo on Twitter that he was taking Carlson Labs Liquid Fish Oil. It is a supplement generally thought to be good for the heart.

This supplement may not help you build muscle, but it’s essential for reducing muscle soreness and the proper upkeep of the body.

The Rock worked with nutritionist and trainer George Farah for his Hercules role. And Farah created the “12 Labors Diet,” which includes taking chicken, steak filets, egg whites, halibut, and 30 grams of casein protein.

Casein is similar to whey but with a slightly different chemical structure. Additionally, it provides more amino acid diversity. It’s good for your metabolism to work on extracting various types of protein rather than becoming reliant on one type.

If your goal is a Hercules-type muscle and strength like Dwayne Johnson, then you need to spend a ton of time on your workout and diet. Taking The Rock’s protein powder or other supplements may help you build and maintain muscle.

Still, we advise you to speak to a medical professional if you’ll try any of the supplements for the first time.

Did you enjoy learning what protein powder The Rock uses and how he trains? Check out our other exercise and fitness articles at ExpertFitness.org.